Michelin star leads to higher prices for decor, not food 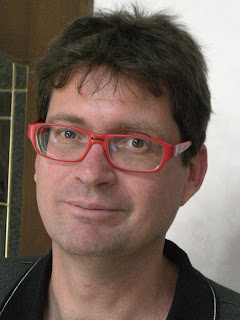 Restaurants that receive Michelin stars are likely to jack up their prices and spend the extra money on decor, not food, according to a working paper released this week by the American Association of Wine Economists.

Before I go on, let me say that I am a fan of what the Michelin guide has done in the US. Unlike Michelin's stodgy preferences in France for stifling traditional establishments,  Michelin inspectors in the US have more often rewarded casual restaurants with good food. It's easy to point out ratings we disagree with, but I pored over the Michelin books for San Francisco and believe they are overall the best guides to dining in the area.

However, once issued, these ratings may have an adverse effect on the restaurants included if you care more about food than decor.

Here's a quote from the abstract of the paper by Olivier Gergaud, Karl Storchmann and Vincenzo Verardi:


While we do not find any Michelin-induced increase in perceived food quality, we find strong Michelin effects on service and decor quality ... Michelin-reviewed restaurants enjoy substantial returns only to service and decor improvement. Our result suggests that (Michelin's) opinion on the New York City restaurant market exerts a negative externality on gourmets by giving restaurants incentive to invest mainly in service and decor leading to higher prices.


What the authors did was compare Michelin ratings in New York City to the Zagat guide, which is kind of like Yelp in print without the outraged 20-somethings who can't BELIEVE this restaurant doesn't have a soy chai latte. Zagat compiles ratings from lots of real diners and tends to favor places with big portions, especially when covered in cheese.

The authors set out to see if Zagat raters would change their view of restaurants' food quality to follow Michelin. Apparently they did not, which is not surprising if you've ever tried to take your Aunt Agatha from the homestead for sushi.

What the authors did find is that, despite Michelin's protestations to the contrary, the French company still takes service and decor very seriously, much more so than Zagat.

Moreover, "For the mere inclusion in the Michelin guide we find a substantial marginal price effect of approximately 37% from 2004 to 2007." The report says that restaurants are passing on their investments in service and decor, needed to gain Michelin stars, to consumers.

However, there's an interesting corollary, worth noting for new restaurants. The authors, using statistical methods I won't pretend to have paid close attention to, say that while service and decor improvements pay off with higher prices successfully charged for restaurants already in the Michelin guide, they don't actually help restaurants which have not received a star. Those restaurants, say the authors, can only raise their prices in response to better food quality.

I would love to see a similar study in San Francisco, because this is a very different restaurant market from New York. Formal service here is only for tourist restaurants. That said, San Francisco is every bit as image-conscious as New York, with people lining up around the corner for food trucks that haven't even dished out their first bacon with lardons sandwich yet. ("Do you have a vegan version of that?")

Just think: When Michelin does its first food-truck edition, those portable purveyors who receive stars will be able to raise their prices by 37% if they invest in gas lamps and Noilly Prat umbrellas. It also helps, when handing the crawfish and pumpkin empanada through the window, to give a slight unsmiling bow.